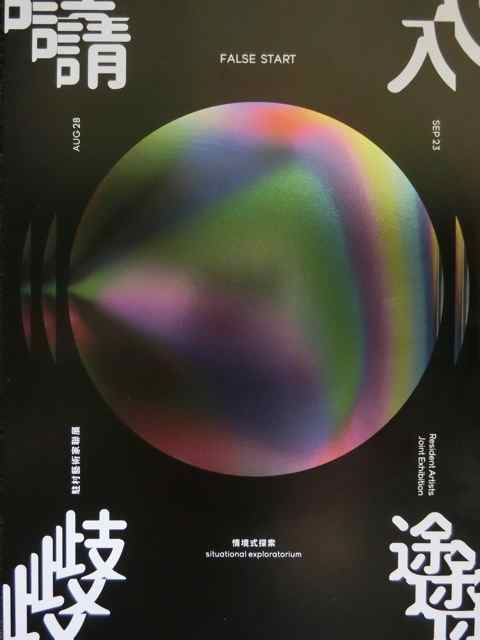 Artists excavate their relationship between themselves and the environment, the word “environment”here is not confined only in ecological sense, but also recognizes culture, city life, existing natural elements as environment. Artists apply different forms of techniques and methods, to illustrate elements in life that have since been alienated or formed, in order to make the audience more aware of the maze of contemporary ideologies that have been immersed and shaped by consumerism.

The advance of technology and the use of Internet accelerates almost every aspects of our life, especially when technology and consumerism go hand in hand. Alternative values can hardly keep up, even the simplest strategies of disagreement - refuse and denial - can be marketed as refreshing consumer experience and a commoditized product for consumption.

Eteam created a fake Kickstarter project to examine how the rise of crowdfunding has developed from being an alternative way to raise money, but now becoming the dominant way of resourcing funds and how it affects projects that are essentially immaterial, and the intricate politics operating within; In Hyangro Yoon’s creative process, she repetitively collects the “psuedo-landscpaes” that appears in comic books, by removing dialogues and characters and leaving only a blank background, highlighting the use of space as a plot driver rather than an actual portrayal of real space.  Sally Richardson’s documentations and promos of her choreography films, show that when operating creatively on multiple platforms, the final result can not be anticipated, as this often subjects to further selective processes, funding etc; Byungho Lee’s work  uses the character of silicone to express his constant inquiry of polarized ideas co-exist and the limitation of communication between two different individuals,; Helene Julliet creates drawings based on the cityscape of Taipei and Taiwan while taking “false start” as beginning for the development of this artwork.