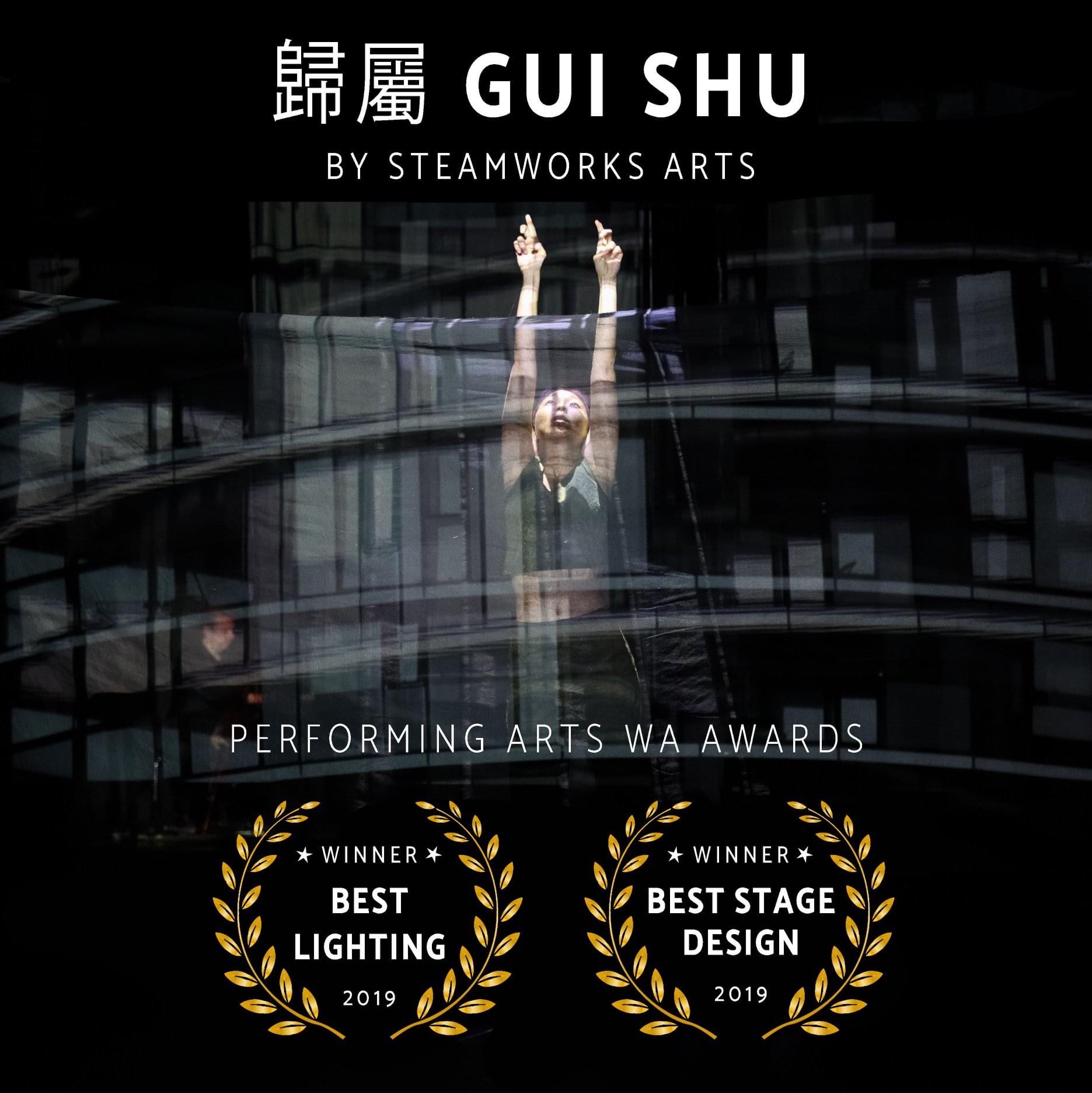 We are thrilled to announce that 歸屬 GUI SHU (Belong) won the awards for Best Stage Design and Best Lighting Design at the 2019 WA Performing Arts Awards. Announced online last night via Zoom we would like to acknowledge the extraordinary creative talents of designers Ashley de Prazer, Tyler Hill and Chris Donnelly. We say a big thankyou to all the creative and production team for their combined work in making this "poetic, beautiful and haunting" production.

We would also like to thank our producer Jennifer Leys and co-production partners Performing Lines WA and Perth Institute of Contemporary Arts for their committed and ongoing support. Their belief in the project and support of the team over a number of years assisted us in building this production over an extended period working in two countries and within two cultures.

CATCH! a success at Awesome Festival

CATCH! captures the hearts of Mandurah audiences
BACK TO NEWS
VIEW NEWS ARCHIVE